The discovery of more than 250 fossilized eggs reveals intimate details about the lives of titanosaurs in the Indian subcontinent, according to a study published January 18, 2022 in the open-access journal PLOS ONE by Harsha Dhiman of the University of Delhi, New Delhi and colleagues. 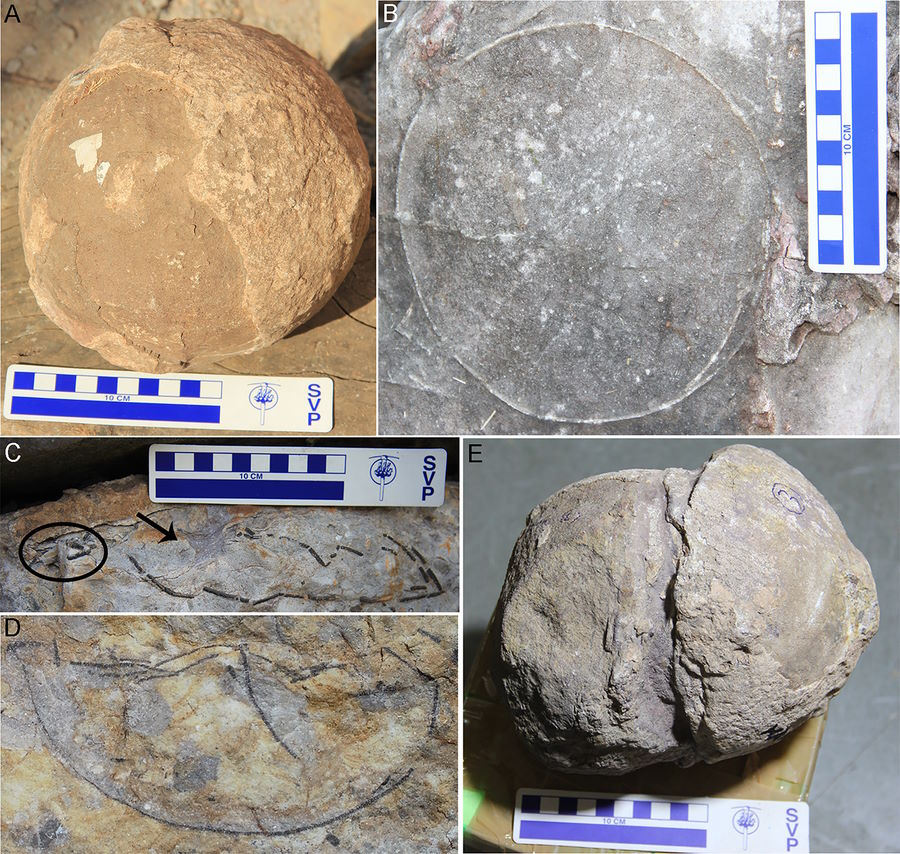 The Lameta Formation, located in the Narmada Valley of central India, is well-known for fossils of dinosaur skeletons and eggs of the Late Cretaceous Period. Recent work in the area uncovered 92 nesting sites containing a total of 256 fossil eggs belonging to titanosaurs, which were among the largest dinosaurs to have ever lived. Detailed examination of these nests has allowed Dhiman and colleagues to make inferences about the life habits of these dinosaurs.

The authors identified six different egg-species (oospecies), suggesting a higher diversity of titanosaurs than is represented by skeletal remains from this region. Based on the layout of the nests, the team inferred that these dinosaurs buried their eggs in shallow pits like modern-day crocodiles. Certain pathologies found in the eggs, such as a rare case of an “egg-in-egg”, indicate that titanosaur sauropods had a reproductive physiology that parallels that of birds and possibly laid their eggs in a sequential manner as seen in modern birds. The presence of many nests in the same area suggests these dinosaurs exhibited colonial nesting behavior like many modern birds. But the close spacing of the nests left little room for adult dinosaurs, supporting the idea that adults left the hatchlings (newborns) to fend for themselves.

Details of dinosaur reproductive habits can be difficult to determine. These fossil nests provide a wealth of data about some of the largest dinosaurs in history, and they come from a time shortly before the age of dinosaurs came to an end. The insights gleaned from this study contribute significantly to paleontologists’ understanding of how dinosaurs lived and evolved. 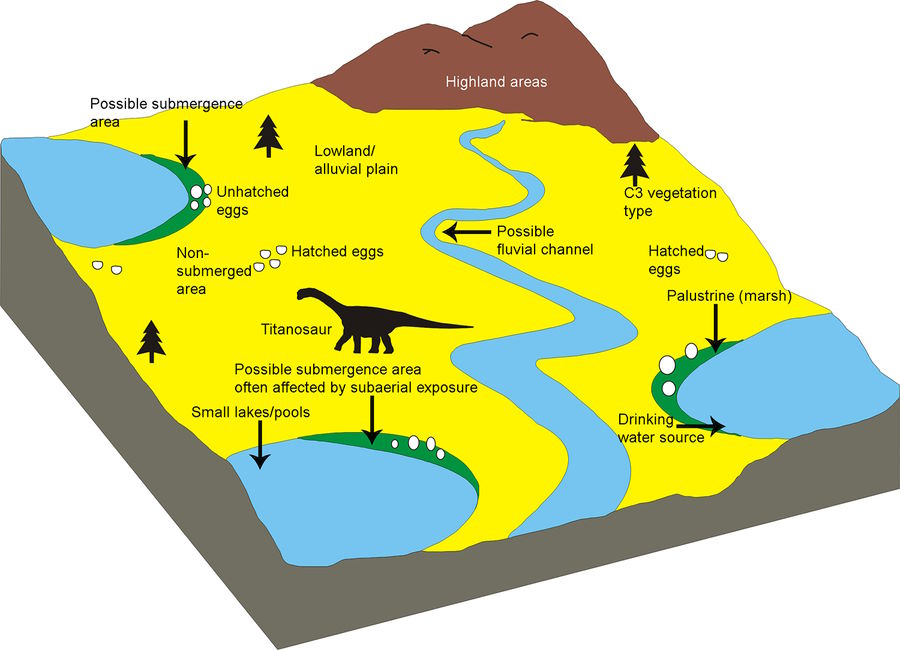 A block diagram showing the interpreted depositional environment of the Lameta Formation in the study areas. It is inferred that some of the clutches were laid close to the banks of the aquatic bodies (lakes/ponds) while others were deposited away from the lakes or ponds. The clutches laid close to the margins were prone to frequent submergence by water and thus got buried under sediment and remained unhatched, while the clutches laid away from the margins could hatch and hence showed more broken eggshells. Image Credit: Dhiman et al., 2023, PLOS ONE, CC-BY 4.0

Guntupalli V.R. Prasad, co-author and leader of the research team, adds: “Together with dinosaur nests from Jabalpur in the upper Narmada valley in the east and those from Balasinor in the west, the new nesting sites from Dhar District in Madhya Pradesh (Central India), covering an east-west stretch of about 1000 km, constitute one of the largest dinosaur hatcheries in the world.”