Please enable JavaScript if it is disabled in your browser or access the information through the links provided below.

The FED on Monday announced preliminary results indicating that the Reserve Banks provided for payments of approximately $88.5 billion of their estimated 2020 net income to the U.S. Treasury. The 2020 audited Reserve Bank financial statements are expected to be published in March & may include adjustments to these preliminary unaudited results.

Operating expenses of the Reserve Banks, net of amounts reimbursed by the U.S. Treasury & other entities for services the Reserve Banks provided as fiscal agents, totaled $4.5 billion in 2020. In addition, the Reserve Banks were assessed $831 million for the costs related to producing, issuing, & retiring currency, $947 million for Board expenditures, & $517 million to fund the operations of the Consumer Financial Protection Bureau. Additional earnings were derived from income from services of $448 million. Statutory dividends totaled $386 million in 2020.

The attached chart illustrates the amount the Reserve Banks distributed to the U.S. Treasury from 2011 through 2020 (estimated). 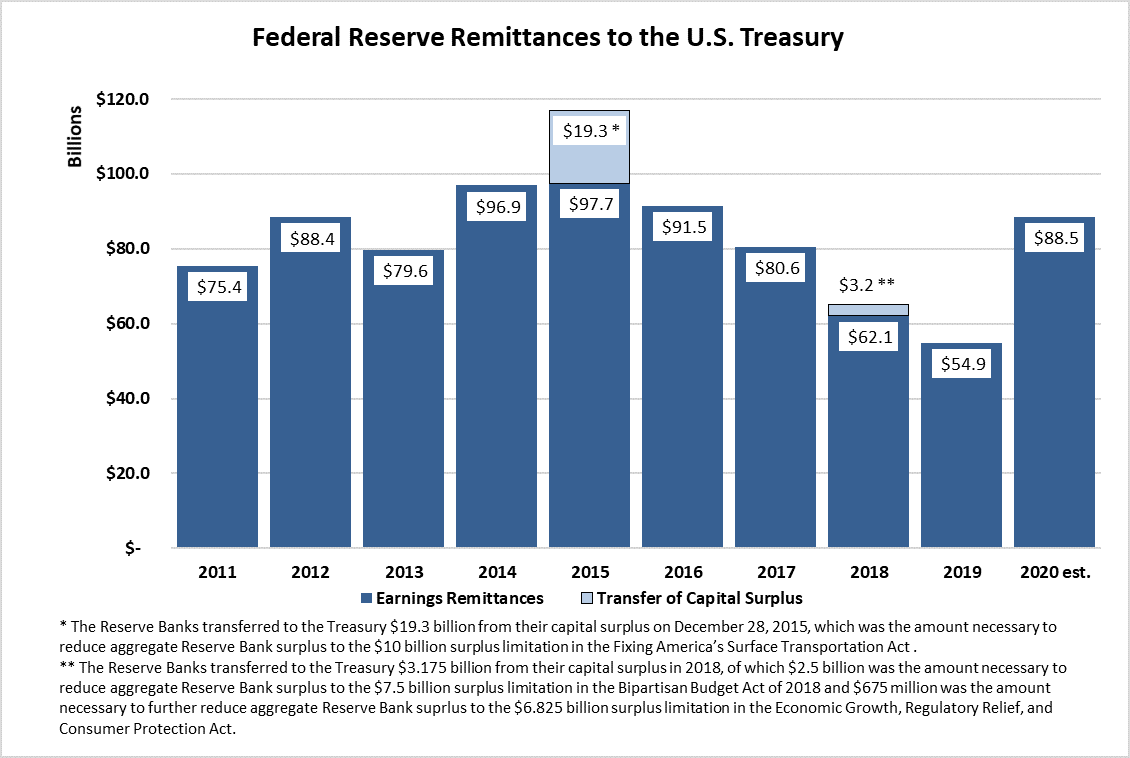 Please enable JavaScript if it is disabled in your browser or access the informa...

Federal Reserve Board announces that results from both its Dodd-Frank Act stress tests and the related Comprehensive Capital Analysis and Review will be released on Thursday, June 25

Please enable JavaScript if it is disabled in your browser or access the informa...
Home
商业财经
FED – FED announces Reserve Bank income & expense data & transfers to the Treasury for 2020